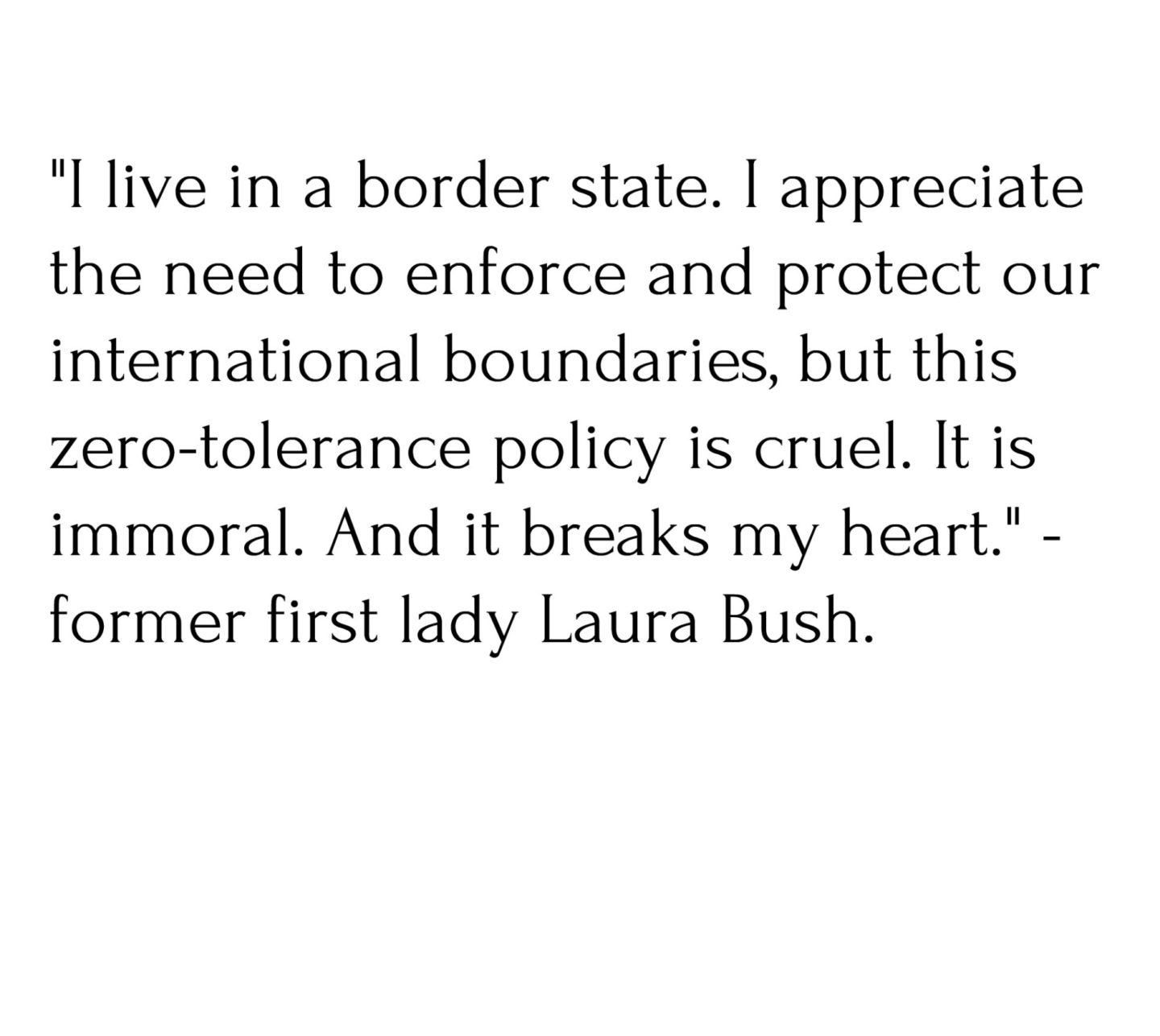 As I scrolled Instagram last night, I realized that I follow a lot of really happy moms and their really happy toddlers.

They wear matching outfits and take matching selfies; eating ice cream together at the beach, playing on a swan raft in a pool, lounging at the lake. Simply put, they’re really living their summers up. As they should! Kids are only little once, right?

One mom that I noticed had a shirt on that said, “Mama Bear.” We’ve all seen it, I’m sure. From what I’ve gathered, this is the phrase that moms use when they go into “Mama Bear Mode,” as in the protective, “I’m going to do damn near anything to keep my baby safe,” mode. In this particular photo, “Mama Bear” and her adorable “bear cub” were sharing a snow-cone in a beautifully landscaped backyard. The scene was quite idyllic, if I do say so myself.

And then the next photo that came on my feed was a bit different. It was another mom, but she wasn’t quite as fortunate as the others I saw. This mom had the disadvantage of being born in the wrong country.

She was an immigrant and she looked exhausted. The small baby on her back looked even more exhausted. And she and her child were fleeing a country full of violence and danger to seek asylum in the United States; a country where they know they will be met with hostility at the border, and yet they took the chance anyway. Because she is a mother, and more times than not, mothers will do damn near anything to keep their babies safe.

I can’t even begin to imagine the types of situations that these people have gone through, the things they have they seen, the tragedies they have lived through, which have forced them to be in the situation that they are in.

And not being able to imagine this fear, or really even begin to understand it, is privilege in itself.

I’m struggling this week with the lack of empathy I’m seeing from so many people right now.

I’m struggling with this sense of entitlement. With the statements like, “Why don’t they just stay out of OUR country in the first place?” How quickly so many people seem to forget we all once came here as immigrants (and then proceeded to steal this country from the Native Americans.)

I’m struggling to see small children being torn from their families and then placed in sterile rooms, which appear to be surrounded by metal fences. I think about my niece and nephew, Knox and Lola, and how they still prefer to sleep in the same room of their parents when given the chance, and panic if they wake up and can’t find them.

The images of toddlers asleep on the floor with dried tears in their eyes is something I just can’t handle.

And I get it, the media sensationalizes things, but how do they sensationalize audio tapes of screaming kids? Or photos like the one below? 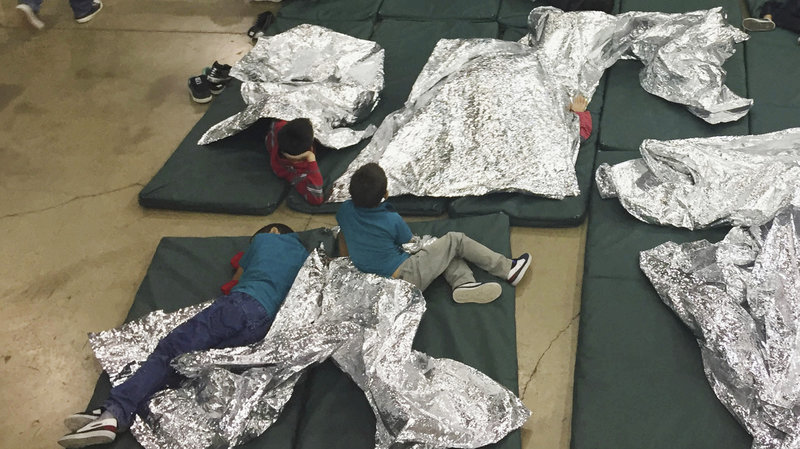 I’m just struggling to understand all of this. I’m not saying we don’t need border protection, but there’s got to be a better way.

And perhaps you’re struggling too. Maybe for similar reasons. Or maybe for the exact opposite. Here’s a few questions that helped clear things up for me.

“Why don’t these families enter the country legally?

Entering at the legal ports of entry is becoming difficult or impossible. U.S. border protection agents are physically preventing families from entering the country. They’re telling people at the borders that there is no room. “They are systematically violating U.S. and international law by blocking immigrants at international ports of entry on the southern border from entering the country so they can claim asylum,” writes Texas-based immigration writer Debbie Nathan.

Plus, it’s important to note that agents are also separating some families at the legal ports of entry. “They are turning people away at the bridges, they are holding people indefinitely in prisons, they are neglecting medical needs, and yes, they are even separating parents and children at the ports (especially dads and their kids),” says Allegra Love, director of Santa Fe Dreamers Project.”  – Read the entire article here, Joanna Goddard answers several more questions you may be wondering.

And I know some of you will want to make the argument that the Trump administration isn’t the first to do this. There was Clinton, Bush, and even Obama. But from what I’ve read, this isn’t entirely true. The difference is that the others only detained unaccompanied minors trying to cross the border.

And when families attempted to cross the border, they made the choice NOT not to separate them. If you know otherwise, please correct me if I wrong. Like I always say when I post about sensitive subjects like this, an open discussion is appreciated and if you have facts I don’t know, please share.

But truthfully, the above argument I’ve seen floating around so much, infuriates me anyway. Isn’t it like saying, well the other presidents didn’t let women vote, why change it now?! The first 15 presidents allowed slavery, why the sudden urge to change that?!

To borrow words from @lauralacquer, “if you listen to the cries of children asking for their parents or just someone they know, and your response is “did they come here legally” or “maybe they should do things the right way,” we don’t just have different politics. We have different morals. This is a human rights issue, plain and simple, and these children need our help.”

I don’t know why I was lucky enough to be born in this country rather than somewhere else. I don’t know why I’ve been able to live the life of privilege that I have. But what I do know, is that it’s my responsibility to try to help others who haven’t been so fortunate.

If you’re a mother or a father, to what lengths would you go through to make sure your children are safe? Families, especially those with very small children, are not fleeing to America because they think they’re “above the law,” or don’t have to “play by the rules,” they’re doing it because they feel it’s their only option to survive.

After I hit publish on something like this, I’ll think about taking it down at least twenty times. I’ve received (and will receive more, I’m sure) comments and emails that say stuff like, “Stop getting political! Just stick to your light stuff.” But this has always been a place where I write about things that are on my mind, and right now, this is on my mind. And simply turning a blind eye, or willfully choosing to ignore something that doesn’t directly effect me, doesn’t sit right with me either. So here we are.

Tomorrow will probably be a post about teeth, to be honest. My teeth and my skin graft surgery and how I was sad I couldn’t get laughing gas. But today, it’s a much heavier topic.

If you’re looking for ways to help, check out this post. I also encourage you to check to check out Glennon Doyle’s movement on Instagram, @together.rising.

Given the nature of comments I’ve seen on the Internet about this in the past few days, I’m hesitant to keep comments open. But I truly want your thoughts, whatever side you’re on. I want to better understand this. I want to know what you think a solution might be. Or another way to help. But I also really want you to keep this a respectful, open space for discussion. We’ve had enough ugliness for the week.