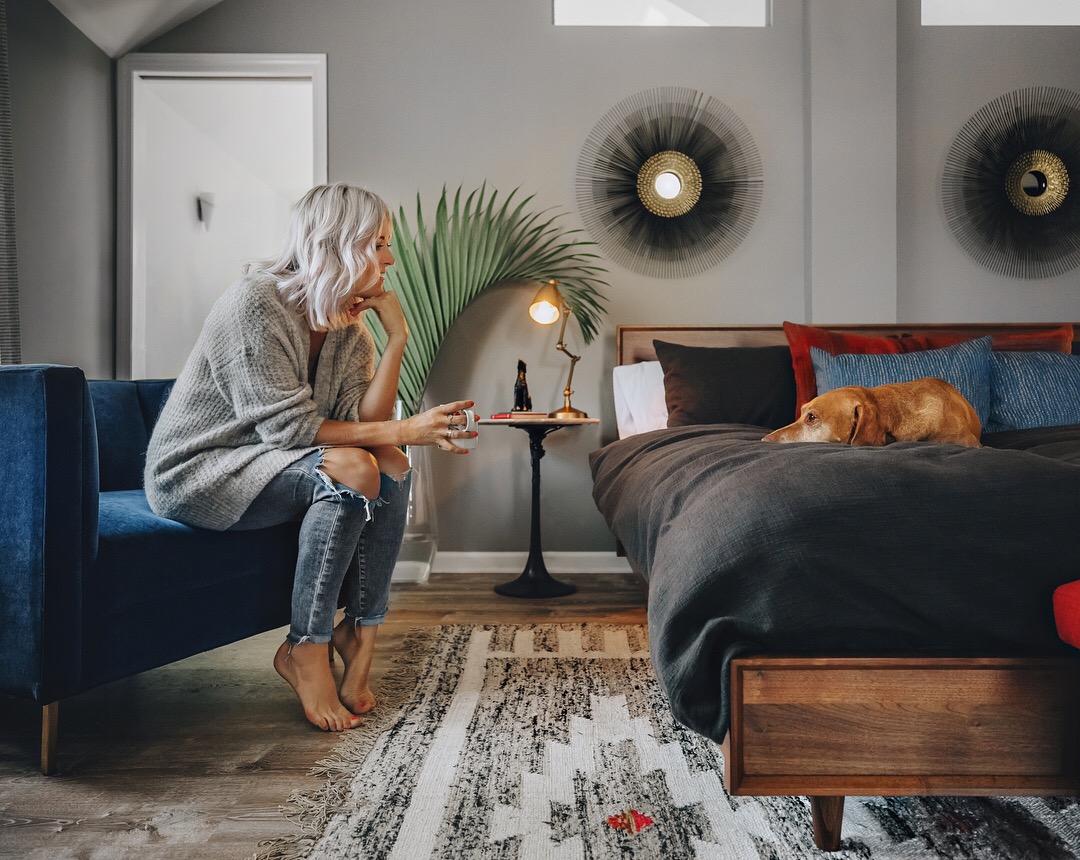 On this edition of Coffee Talk With Tay and Har we’re going to discuss… INFLUENCING. Or as us O.G.s call it: blogging. This seems to be the subject I get asked about the most, especially when I post a “ask me anything,” box on Instagram, so here we go!

I have such mixed feelings on this business so I’ll do my best not to ramble (but my best may be shit, so my apologies in advance.)

First things first, as mentioned yesterday I love the working from home aspect, LOVE LOVE LOVE it. I love being my own boss, I love getting to write blog posts, and I yes, I get jollies off of making silly Instagram videos. I feel so much gratitude that I get to consider these things my “job.”

As for “influencing,” there’s a lot I love about it, and there’s a lot that makes me feel like an absolute piece of garbage. More this year than ever, I’ve felt really out of alignment with some of the things that go along with this job. When I find myself worrying about likes, follows, and over-the-knee boots, it’s as if I can actually hear the Universe shouting in my ear, GET OUT. STOP NOW. You are choosing to be here…

And yet I push on, because there is so much I do enjoy still. Have I mentioned how conflicted I feel???

I won’t deny that getting free stuff is fun. In my 85 years of blogging, I’ve gotten some perks thrown my way that make me go, “wait this is for me? you sure?” But after awhile, the free stuff is just … more stuff. Chris and I share a closet (we don’t have storage closets) so believe it or not, I don’t have a crazy amount of clothes. I have a lot of staples that I wear frequently (did someone say cardigan?!)

And then there’s the less superficial perks; the times when I feel like I have a voice or an impact in helping animals. This is by far my favorite part of social media (not just for me, but in general.) Whenever I find myself longing for the golden days of no Instagram or Facebook, the thing that nags at me is knowing how much good social media has done for rescues and finding homes for animals all over the country.

So that’s the good stuff. (And also the fact social media pays my bills.) However, I feel like now is a good time to point out that it’s hard for most people to understand that their hobby, is your job. It’s a pill some don’t like so swallow. Blogging is one of those industries where you face a lot of judgment and side eyes for getting paid. Sometimes it’s annoying, but for the most part it doesn’t bother me. I mean, do you feel greedy for getting paid to do your job?

But more on that in a bit. For now, I’ll dive into the one question so many of you asked.

Welp…. this will be a “do as I say, not as I do,” type of response, because what’s taken me about ten years, I’ve noticed most influencers tend to do in about a year now. Is this a good time to mention that part when I sometimes feel like a piece of crap? Because when I’m being honest, this is it (one of them, anyway.) I know it’s dumb and I usually have an okay grasp on it, but sometimes when I’m feeling low I start comparing and I’ll see someone boast “When I started a year ago I never thought I’d hit 100k!!! Feeling so blessed,” and I think to myself, well shit. What am I doing wrong here?

But back to growing that following… lol. I’ll tell you exactly what I’ve seen a lot of people do to grow fast.

Sounds simple, right? It probably is, yet 99.9% of what you see on my instagram are shot on my iphone because I am LAZY. So I may complain about “moving up” slow, but at the same time I know the “big influencers” put in so much more time, effort, and energy than I do.

Things to consider when starting-

If you want to turn yourself into a brand, what kind of brand are you? This may sound weird, but this is the world we’re in right now. Chris likes to call my brand, “hot mess.” Such a good insta-husband.

Are you sharing real life pics? Or more curated? I’m drawn to the lifestyle people, because that’s what I prefer. However I do follow one fashion blogger (@olilviarink) who’s feed is so pretty and illuminated I don’t go there expecting to see real life, I expect to see an exaggerated life that is just fun to look at- does that make sense? I may also be bias because I know and admire her photographer, @aesthetiica. She gave me a peek behind the creative process that she and Olivia put in their photos and it was mind blowing. They both work really hard and don’t half-ass anything.

I once treated myself to a photoshoot with Alicia (@aesthetiica took the pic for this post in fact) and she was like, “okay what’s your vibe for this pic, what are we going for here, what are we trying to say?” ect, ect. And my only response was, “ugh… not crappy?”

Learn how to edit. I hear people use photoshop. I use VSCO.

Want to make sure you feed is cohesive or whatever? Use an app. I used “preview” for about three days when I was feeling over zealous. Then I got lazy and stopped.

Hustle, grind, and consistently post. (It’s starting to make sense why other people grow a lot faster than me lol…)

You have a nice feed, now what? Engage! Leave real comments, not just “cute pic, girl!” This takes time. It reminds me of the early 2010s when I used to do this on blog posts when I first decided to make blogging my full time job.

Make friends with influencers you admire and also influencers who might be around the same stage as you. The people who grow fast have a big circle of others constantly mentioning and tagging each other. It’s taken me about seven years to make four influencer friends. Like I said, this is all making sense.

You have a pretty feed and online friends, now what?

Oh the evil of Instagram- says the girl who does them.

I’m kidding, it’s not evil. But I do think the huge giveaways can be a little cringey. Why? I’m not sure. It’s just advertising, right? And they seem to work for a lot of people, so to each their own. I can tell you the small ones work for my business- the tshirt giveaways I use to promote my shop. I don’t get many followers, but I get sales. And thus I’ll continue.

But those big giveaways? The ones we see popping up daily- go follow @bloggersloveguccibags and click on all 189 accounts! do not work for me. (No one to blame but myself for this.) I may pick up 200 new followers, only to have them all drop me ten days later when I pop into their feed and they go, who in the hell is this crazy lady?

But are they still tempting? You bet they are. In today’s insta world it almost feels impossible to keep up unless you do them. (Another one of those things I kinda hate about instagram right now.)

That said, even though I don’t like them, I know they work for most. So to each their own hustle, I suppose. If you want to do one but aren’t getting the magic invite, start your own. Invite others who have similar feeds and followings.

That’s only one question I kind of covered but I’m already exhausted. If there’s other ways to grow fast, I don’t know of them. I’ve heard people do “pods” but that’s lost on me. Unless that means eating detergent- which again, is still lost on me.

“Influencing” is weird, I have to give myself daily reminders that it’s a fun job, I’m lucky to have it, and it’s okay if I’m on my own path. The urge to sit by a fire in knit socks with a cup of cocoa and a high bun is there, but then I have to ask myself- OKAY, BUT IS THIS YOU? No, no it is not. So put your head down and skip along.

When the crappy feelings about this job outweigh the good feelings, I’ll know it’s time to move on. I’ve come close, but I’m still here….