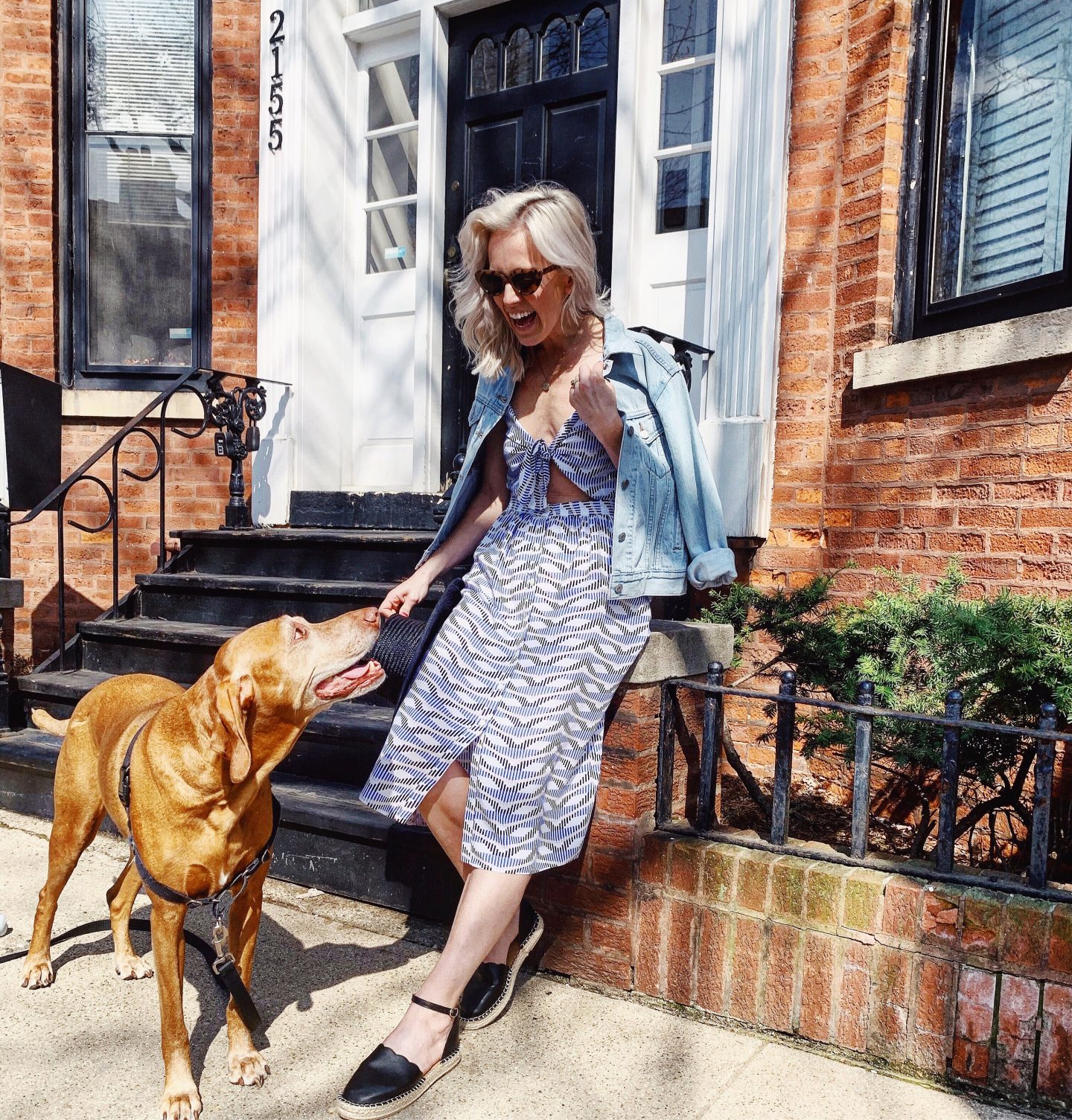 A few surprises popped up this week that had me feeling like I was on cloud nine, some more important than others.

One of which had to do with a long fought battle that I have to admit is a huge reason for a lot of my work anxiety. It’s not over, but it seems things are finally turning in my favor and I can get on a plane tomorrow feeling better than I have in awhile.  Knowing what I know, I tried to roll with my good vibe momentum as long as I could. I didn’t question the good energy, I just enjoyed the hell out of it.

And then yesterday happened… my phone stopped working (I don’t have apple care because why would I? I’ve only broken 16 iphones in my life.) And then the new sample pieces from my summer line were supposed to arrive so I could quickly snap some photos (on my broken phone) post them online, and send a few sweatshirts away to some big influencers I’m very excited to work with, all in the 24 hour span before we leave tomorrow.

But alas, the packages never appeared.

UPS says they did. But they’re nowhere. Package theft is a pretty huge problem in Chicago, but since I’m a hermit, I don’t usually have a problem. I just have this feeling in my gut that the UPS delivered them somewhere wrong (as they have several times in the past) and because like I said, I don’t leave my house! And these packages never arrived. Har would have told me.

Long story short, this little “mishap” is really throwing me off because everything will be delayed at least about 8-9 days now since we’re leaving town. I had several lengthy conversations with the UPS last night and they weren’t exactly offering much help.

As someone who runs a little hot naturally, my temper was rising fast. My cheeks were flushed, my jaw was clenched, and I wanted to pound my fists on the ground like a toddler screaming BUT WHERE DID YOU LEAVE MY PACKAGES?! Does no one realize I have big influencers I need to send my fancy new sweatshirts to? Will no one think of the influencers?!?!?

Enter my Elizabeth Gilbert anger training… go with me here. If you’re someone who also has a short fuse, her bizarre little technique has really helped me.

When you find yourself getting upset and reacting to a situation that doesn’t please you, pull away. Float up out of your body and observe your actions “like an archaeologist,” as she suggests.

“Wow, look how upset this human is getting right now. This is so interesting. They really don’t like this moment. They are quite agitated, I wonder what they’ll do next. How interesting.”

It’s so weird and silly, but it usually works for me. (Especially in traffic. And at the airport.) And every other place I turn into a toddler when I just need to calm down and take a breath.

So that’s where we’re at now. I observed my anger and let it float away and now it’s 7 a.m. and I need to get going. Send me some “we found your package” vibes if you don’t mind. 🙂 I’m attending a Q & A lunch session with Chelsea Handler today and I have no idea what that means, but I’m excited to find out.

I may disappear for a bit on here while we’re climbing volcanos and standing under waterfalls in Hawaii, but I’ll be back. I always come back. Enjoy the last of April!

*Dressed head to toe in my favorite Alice & Wonder. Her new summer stuff is very cute, check out her site if you haven’t already! 🙂