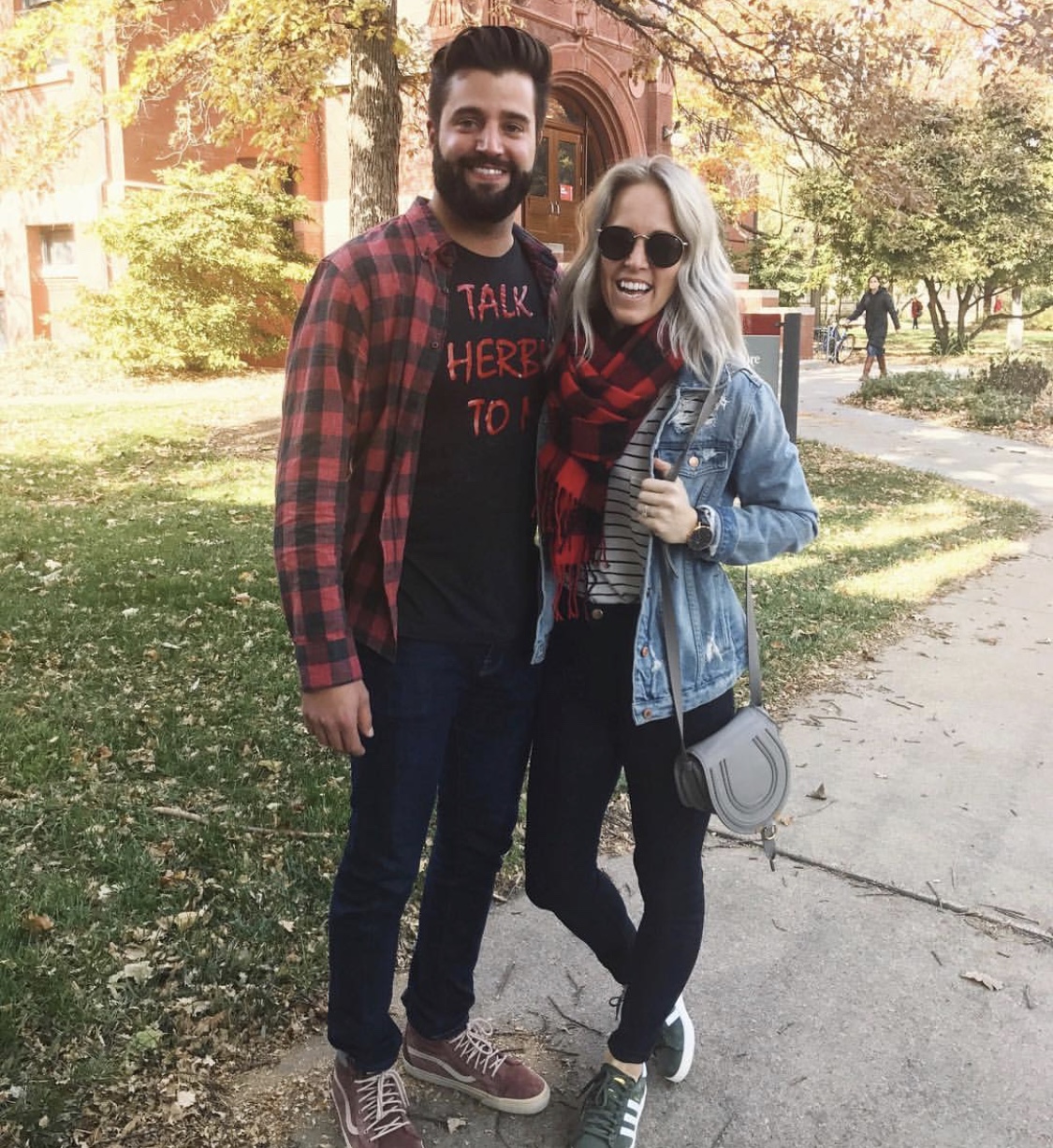 And now for the questions Chris and I get asked the most frequently. Bet you can’t guess number one…

I address this one a lot I feel like, but that’s because we get asked it a lot. The answer? Maybe. Yes. I don’t know. It’s a hard one because we really enjoy our life right now, just as it is. We don’t feel like anything is missing. Today. Today we feel this way. This could change tomorrow. But for now, we’re really content.

But you guys have to have kids! Don’t you two ever get bored of just each other?!

Okay, this isn’t a question so much as a statement, and only ever said to me by my closest friends who like to “lovingly” push my buttons. Also note these friends have a lot of kids. You know who you are.

To this I respond, no, we don’t get bored of each other. Because we are PERFECT. Lol jk. No, we’re not perfect. We get annoyed by each other at times like any other couple, but at this point in our life we both enjoy doing as we please. We cherish our leisurely Saturday brunches and our sporadic weekend vacays, because who knows how long they’ll last?

The kids topic is a hard one because I feel like there’s no right answer. So I’ll go to my phrase I use quite often… to each their own. You do you, and I’ll do me. (Which is the fun aunt who can bring presents and be around the kids while they’re in happy moods and then when shit turns bad I can leave and go to a bar.)

Are you moving back to Nebraska ever?

We got asked this A LOT last weekend while back in Nebraska. We have no plans now or in the near future to move back. We just really love Chicago. I fall in love with this city more all of the time. It’s funny how all of the things I initially hated about it when we moved here I now love so much. I love rarely using a car, being able to walk to the grocery store, or the dry cleaners, dentist, basically everywhere. Yes, the traffic sucks, (but that’s why we walk.)

However… we’ve always jokingly said phase one of our life is city living. Phase two will be the complete opposite. When Chris and I play the “what if we won the lotto” game we always say how we’d retreat to an isolated mountain town somewhere. Ideally in Idaho or Colorado. (We’ve never been to Idaho, but the pics look great!) Chris will be a farmer and vet (I’ve decided he’ll be an at home vet) because I’ll have a sanctuary farm for rescue dogs, horses, cows, pigs, ext, and I can’t do blood and I cry when Har has to trim his nails. So I’ll need Chris to help to take care of our animals. But doesn’t that sound lovely?!

Now for something more silly.

How does Chris keep his beard so nice?

Beard oil and lots of TLC.

*affiliate link used. Which means if you order that beard oil I’ll make about 30 cents, give or take.

What do you guys fight about?

No one asks us this but I want to answer it. Mostly socks right now. Chris leaves his little black ballet socks around everywhere and it drives me nuts. (They’re no show socks but they look like ballet slippers to me.)

He gets mad at me for “hiding things.” Like his ballet socks. Which are NOT hidden, they’re in the washer.

After being together for nearly 11 years now, I’ve realized our relationship is a series of ebb and flow (like life, you know?) We have our really good moments, followed by our moments when we we’re extra bitchy to each other and will pretend that stepping on the other’s heel in the grocery is the MEANEST THING EVER! Because it hurt!! It actually really hurt.

It didn’t hurt. But when we’re bitchy, we’re bitchy. The most minor irritation becomes the WORST thing ever. Those moments suck. Luckily, our fun moments far outweigh our bitchy moments. Oddly enough, our scooter accident actually brought us a lot closer together. I don’t know if it was when he brought my toothbrush to me in bed, or when I had to actually climb up his leg to get up from the couch (he couldn’t use his arm to help because of his hurt shoulder, so he’d stand next to the couch, I’d grab on, then he’d walk forward. It was weird, but it worked.)

Yes, but never in front of me. I make him shut it off if I can hear my voice squawking through his phone.

Does he get embarrassed for you?

Why doesn’t Harlow have a dog sibling?

I want another dog. I look at senior Vizslas who need homes a lot. But realistically I know I’m not ready. I know I sound lazy, but it’s hard enough having one dog on the third floor without a yard, I’m just not ready to commit to two.

Chris is the more gourmet cook of the two us. But I’m better at the Nebraska style meals.

Speaking of cooking… if we were having a dinner party and could invite anyone, dead or alive…

Chris said: Warren Buffet, Bill Gates, and Anthony Bourdain. But then he said, “this is hard, I don’t know.”